實用酒類單字解析:
acidity
Acidity is a general term for the fresh, tart, or sour taste produced by the natural organic acids present in a liquid. Wines, together with most other refreshing or appetizing drinks, owe their attractive qualities to a proper balance between this acidic character and the sweet and bitter sensations of other components. All refreshing drinks contain some acidity, which is typically sensed on the human palate by a prickling sensation on the sides of the tongue (see tasting).
The acidity of the original grape juice has an important influence on wine quality because of its direct influence on colour (see below and colour of wines), its effect on the growth of yeasts and bacteria (harmful and beneficial), and its inherent effects on flavour qualities.
Grape juice acidity is highest just at the beginning of grape ripening, at which stage grapes have half as much acidity as lemons. (Because of this high acidity, some vine-growers in tropical regions, such as Thailand, sell the thinned green berries as an acidic ingredient for relishes.)
Acidity is one of the most important components in both grape juice and wine, and is also easily quantifiable. What is measured, although in different ways in different countries, is usually the total acidity, which is the sum of the fixed acids and the volatile acids. To a scientist, acidity is the extent to which a solution is acid, caused by protons (hydrogen ions or H+), which may be present in either free or bound forms. Another way of measuring acidity is to measure the concentration of hydrogen ions (H+) free in solution, using the logarithmic pH scale. The higher a wine's acidity, the lower its pH. Generally the higher the total acidity of a wine, the lower is its pH.
Acidity helps to preserve the colour of red wines because the pH affects the ionization of anthocyanins which in turn affects their colour. The lower the pH, the redder (less blue) the colour is and the greater the colour stability. As pH values rise (in less acid wines), pigments become increasingly blue and the colour becomes less stable with pigments eventually assuming muddy grey forms. Red wines from warmer regions and made without acidification can have colours that are less red (and often with a brownish tinge) than those from colder regions which produce wines with higher acidity. Higher pH values also cause the phenolics of white wines to darken and eventually to polymerize as brown deposits.
Excessive acidity-resulting either from excessive concentrations of natural plant acids in less-than-ripe grapes or, more rarely, from over-enthusiastic acidification in the winery-makes wines sharp, tart, and sometimes unpleasant to drink. Too little acidity, on the other hand-the consequence of picking too late, or such heat during ripening that the natural plant acids are largely decomposed-results in wines that are flat, uninteresting, and described typically by wine tasters as `flabby'.
電子郵件發布
標籤： 實用文章 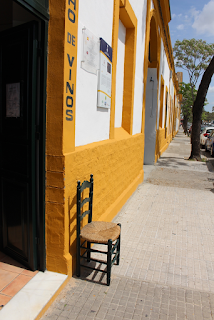 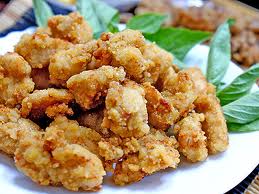